According to multiple sources from the investment bank industry on Tuesday, Saudi Arabia’s PIF is engaged in discussion with the Government of Singapore Investment Corporation (GIC), a Singaporean sovereign wealth fund, on joint investment in Kakao Entertainment.

The Korean contents operator seeking valuation of around 10 to 12 trillion won ($8.4 billion) ? is hoping to draw 1 trillion won in pre-IPO funds before going public next year.

GIC and PIF could take up 700 to 800 billion won. GIC would be leading the deal, according to an unnamed industry source. 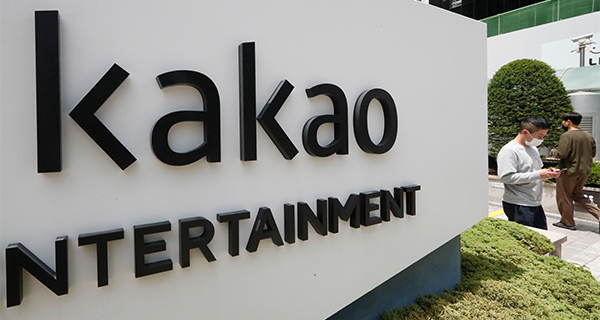 Kakao Entertainment declined to confirm the report, saying no decision has been made yet.

Kakao Entertainment plans to use the proceeds to build up its portfolio through M&As before public offering. The pre-IPO funding scheme could be delayed to December or early next year due to volatile financial market conditions.

“There should be aggressive investment to enhance entertainment value chain to promote Kakao Entertainment’s successful listing,” said an unnamed official from the contents industry. “It needs to continue to strengthen its capacity in webtoon and web story businesses as competition mounts globally and with Naver Webtoon.”

GIC is a major limited partner of Anchor Equity Partners, a key shareholder of Kakao Entertainment. Anchor Equity Partners invested 125 billion won in the content firm, previously called Kakao Page, based on 500 billion won in corporate valuation as of end of 2016. Kakao Page merged with Kakao M focused in visual contents in 2021 to launch as Kakao Entertainment.

Saudi Arabia’s PIF was set up in 1971. It is the world’s largest sovereign wealth fund with total asset of $620 billion. Crown Prince – who is the chairperson of the board – has been keen on investing in potential industries like games and information technology in an industrial structure shift from oil. The PIF is known to have allocated $10 billion in funds to buy stocks of entertainment and renewable energy firms.

The PIF has secured 9.26 percent of stake in NCSoft this year to become the second-largest shareholder. It is also the fourth-largest shareholder of Nexon listed in Tokyo after its 7.09 percent stake purchase. The fund has invested 3 trillion won in the two top-tier game publishers.