NETBIO is a group of independent cow/calf producers and agribusiness representatives – numbering over 800 members — who work together to enhance the beef industry in Northeast Texas. The organization is recognized across the State of Texas and the Southeastern United States as a leader in its reputable offering of pre-conditioned cattle.

The anniversary sale and celebration began with a barbecue luncheon that was enjoyed by several hundred producers, buyers, and friends. Kelsey and her crew in the café prepared a great meal.

Following the lunch, a short business meeting was held during which time agribusiness board members Joe Don Pogue, Bo Dunlap and Christ Brown were reelected and Chuck Smith was elected to the board. D. J. Carr was reelected to the producer board, while elected to that board were Randy Walker, Tommy Stansell and Kurtis Mathias.

Following the business meeting auctioneer Joe Don Pogue began the sale of 5,774 head of pre-conditioned cattle. “It was a very good anniversary sale for the organization and offered a lot of good cattle, and a big crowd of folks attended,” Sulphur Springs Livestock Commission co-owner and NETBIO board member David Fowler said.

“The market was good all the way around and there was lots of activity on the Internet,” Fowler added. Fowler said 1,677 head of cattle sold to buyers over the Internet. 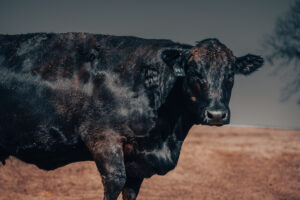 A total of 230 producer/members of NETBIO consigned cattle to the sale and did their usual great job of pre-conditioning their cattle and getting them ready for the sale. Demand was good, and the cattle sold to 34 buyers for an average of $936.60 per head.

Those who missed this anniversary sale have an opportunity to attend another NETBIO sale at the Sulphur Springs Livestock Commission on Friday, December 16.

Due to the increased demand, the Northeast Texas Beef Improvement Organization {NETBIO) added the December sale to its schedule. Sulphur Springs Livestock Commission is now taking consignments for this additional sale that will be held at the Livestock Commission beginning at 1 p.m. Just call the Livestock Market at 903-885-2455 to consign your cattle and order your tags.

This Small Australian Marsupial Is Quite Literally Dying For Sex : ScienceAlert

How Monet’s Art Mirrors The Evolution of Smog : ScienceAlert

What Makes Saturn’s Moon Mimas Look Like The ‘Death Star’ Is New Evidence For An Underground Ocean, Say Shocked Scientists

We Used to Hate Commuting. Now We Realize We’ve Lost Something. : ScienceAlert