The Brazilian legend Ronaldinho, a former team-mate of Messi at Barcelona, has jested about the Argentine’s longevity.

“It’s his last World Cup, but I was sure he would come back and do whatever was necessary to win it. For me, he can play until he’s 50 because he has many more qualities than everyone else,” said Ronaldinho.

Years back, even before Messi joined the senior Barcelona team, Ronaldinho would have a memorable meeting with him at the youth team at Camp Now.

He also spoke about Kylian Mbappé. “I love watching him play too. I’m very happy for him. He does everything very well and he’s still very young. He has all the qualities, the speed, the dribble and, in front of goal, he has the composure. These are the kind of players that we Brazilians love to see play. He seems like a strong personality too,” he said. 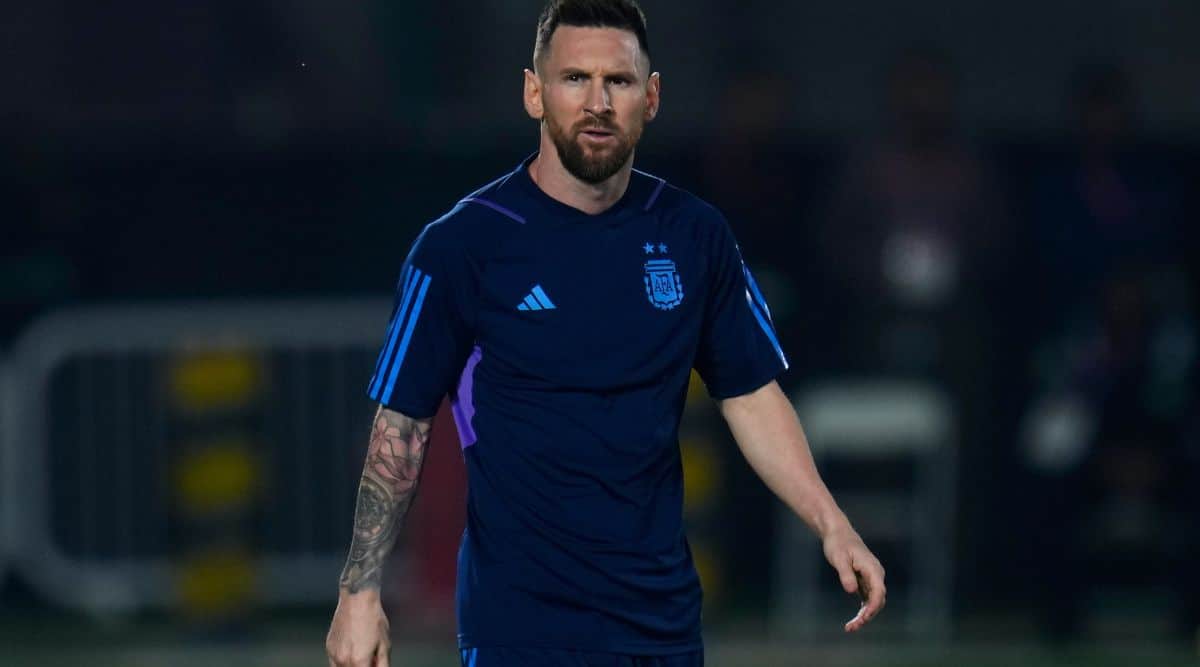 Argentina’s Lionel Messi takes part during a training session of Argentina national team on the eve of the final soccer match between Argentina and France in Doha, Qatar. (AP)

“”I love Didier Deschamps, he is very good,” Ronaldinho said.

“He is a lord, who was a very good player and who knows football very well. I like the way France play under him. In Brazil, he has a very good image and we appreciate the way Les Bleus play. France are too strong really, even if before the competition they were among the favourites, so it’s only a half surprise. I’m happy to see France in the final.”

In September, Ronaldinho was asked if he felt Messi was the greatest footballer of all time.

“It’s difficult because there are so many players. I don’t like to compare, but Pelé, Maradona… etc. Each one was the best player in his time.”