Adoor Gopalakrishnan: The paths he chose

The first five minutes of Adoor Gopalakrishnan’s debut feature, Swayamvaram, track a bus journey. The camera pans numerous faces — travellers in the bus — and settles on a young couple. When the journey ends, the camera cuts to a hotel room, where the young man, sitting by the window, asks the woman:

Swayamvaram (One’s Own Choice), released in 1972, turned 50 this year. Adoor was 31 at the time. The film won four National Awards that year, and introduced a new language to Malayalam cinema. The black-and-white film about a young couple who decides to live together against the wishes of their parents, and leaves their village for a city, starred Madhu and Sharada, popular actors in Malayalam cinema. It marked the arrival of an auteur, who has since become arguably the most-important Indian filmmaker since Satyajit Ray — Ray himself was a great admirer of Adoor’s cinema. Eleven feature films and a handful of documentaries later, Adoor, 81, continues to live the cinema dream.

Adoor on the sets of Swayamvaram.

His last film, Pinneyum, was released in 2016. Extended intervals between films aren’t rare in Adoor’s career. It is the gestation period that takes the longest time in the creative process, he says. It took him seven years after graduating from the Pune’s Film Institute of India, to make Swayamvaram, his debut feature. Funds were a problem. He shot documentaries in that period, became an evangelist for good cinema and took the lead in setting up Kerala’s first film society, Chitralekha, in Thiruvananthapuram, and a cooperative society to produce quality cinema in 1965. These were pioneering initiatives that laid the foundation for a new film culture in Kerala.

The film society movement, in the late ’60s and ’70s, shared the lineage of public action that was transforming Kerala into a modern society with liberal values. It privileged aesthetics over commerce and modernity over conservative values. Not surprisingly, it attracted the educated, politically conscious youth. Adoor’s model for film activism was the Library Movement, led by PN Panicker, that built public libraries across villages and towns in Kerala.

A turning point in Adoor’s film activism was the All India Writers’ Conference organised by Fertilisers and Chemicals Travancore Limited (FACT), in Aluva, in 1965. The conference was the brainchild of M Govindan, a public intellectual, who edited the influential little magazine, Sameeksha, and was mentor to some of the leading figures of modernism in Malayalam literature. Govindan asked Adoor if he could organise a film festival during the conference. “I took the offer seriously,” says Adoor. A package of 21 films (except for a film each of Ray and Ritwik Ghatak, all the other films were by non-Indian masters) was put together. It was screened in nine districts in Kerala and in Nagercoil in southern Tamil Nadu, each town hosting screenings for a week. “It shook up people. We got a very serious audience. My intent was to make people realise that cinema, like literature, had to be seen as a serious intellectual pursuit,” says Adoor. Over a 100 film societies came up in Kerala in the next five years. Adoor had travelled across Kerala, and people were inspired to start these societies.

Ironically, Adoor entered the world of cinema by accident. Theatre was his passion. He had started writing and acting in plays while in school. He recalls playing the role of Siddhartha Gautama in a school play written by a teacher, Gopala Pillai. He recalls a dialogue from that play: Lokame, nee ente koode odenda. Ninakku enne pidikkan sadhyamalla (Oh world! Do not run with me. It is impossible for you to catch up with me). He read extensively and his family home near Adoor in central Travancore hosted acclaimed artistes, even a Kathakali troupe. Besides the storytellers in his village, the recitals of the Ramayana, the Mahabharata and the Bhagavatha, exposed him to the art of storytelling.

By the late 1950s, Adoor had completed a course in economics and politics at Gandhigram Rural Institute, a residential university in Tamil Nadu, helmed by the Gandhian, G Ramachandran, who sought to combine the spirit of Mahatma Gandhi’s Sevagram and Rabindranath Tagore’s Shantiniketan. One of Adoor’s teachers at Gandhigram was G Sankara Pillai, a pioneering figure in modern Malayalam theatre. Pillai had stocked the institute library with major dramatic works. It’s here that Adoor watched Ray’s Pather Panchali (1955).

After leaving Gandhigram, Adoor got a job with the National Sample Survey (NSS) in Thiruvananthapuram. It paid well but was terribly boring. He saw an advertisement calling for students to the new Pune Film Institute; he joined there in 1962. In his second year at the institute, Ghatak joined as vice-principal. Learning with Ghatak, who often screened Ray’s films for his students, was a great experience, says Adoor. The Film Institute transformed Adoor into a filmmaker — he fell in love with cinema. His diploma film starred Mani Kaul, Subhash Ghai and Asrani. In the ’70s, he directed a Malayalam production of Samuel Beckett’s 1952 play, Waiting for Godot.

It wasn’t easy for a Film Institute graduate to make the films he wanted. He abandoned an early film — Kamuki (Lover) — for lack of funds. Then, Swayamvaram happened with a Rs 1.5 lakh loan from the Film Finance Corporation. It was initially ignored in Kerala, but Sameeksha had the film on its cover, a first in the influential magazine’s history. In his signed editorial, Govindan wrote: “Swayamvaram is Malayalam’s first ‘New Wave’ film… Without doubt this is the first Malayalam film that has best utilised the avenues of expression available to the medium of cinema bravely, appropriately, with diligence and honesty.” Sameeksha celebrated Swayamvaram as the harbinger of a new film aesthetics in Malayalam. A generation of filmmakers — G Aravindan, John Abraham, Padmarajan, KG George, GS Panicker, TV Chandran, KP Kumaran, KR Mohanan and Shaji N Karun among them — followed. By the 1980s, serious cinema was vying with literature as the touchstone of high culture.

Kodiyettam, produced five years later, further established Adoor’s reputation as an auteur. Elippathayam (1982) was adjudged the “most original and imaginative film” of 1982 by the British Film Institute. Mukhamukham (1984), Anantharam (1987), Mathilukal (1990), Vidheyan (1993), Kathapurushan (1995), Nizhalkuthu (2202), Naalu Pennungal (2007), Oru Pennum Randaanum (2008) and Pinneyum (2016) cemented his reputation as one of the greatest filmmakers of our time. There were documentaries in between and insightful essays on the art and aesthetics of cinema. The documentaries, he says, instilled in him the discipline to work with sparse budgets and tight schedules. In the last few months, he has been writing a monthly column in a Malayalam magazine on his favourite films. 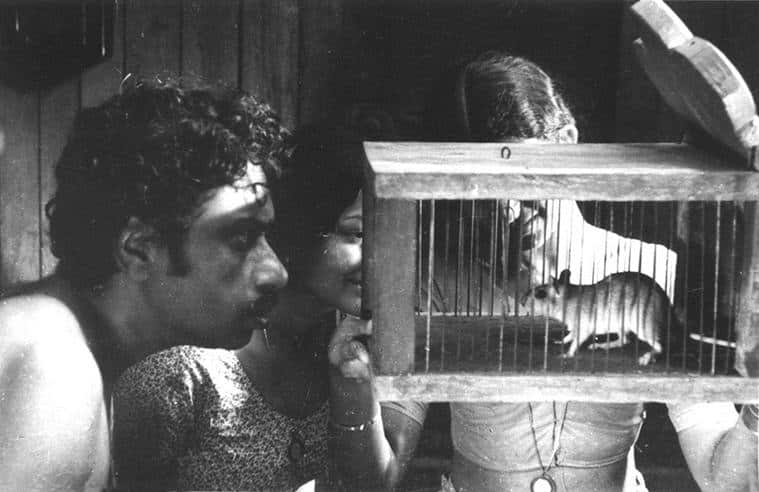 Adoor’s films are often talked about as a reading in Kerala’s social history. Swayamvaram spoke about unemployment and social conservatism that singed the educated youth of the 1960s. While Elippathayam was an incisive take on the decaying feudal order, Mukhamukham with its “failed revolutionary” riled the communist Left in Kerala. Adoor though argued it was not his intention to put the Left on the dock. Kathapurushan, autobiographical and epic in scope, was a breeze through modern Kerala’s tumultuous history. Mathilukul and Vidheyan, was inspired by the fiction of authors Vaikom Muhammad Basheer and Paul Zacharia. The meticulous attention to the period of the films, which includes the actors’ looks, clothes, gestures and language, and the architecture, furniture and billboards during that time, endows Adoor’s films with a rare authenticity.

However, there is a cinematic time and an inner reality that Adoor creates in his films. This alternate world of power relationships and fraught emotions and a carefully sculpted visual language, while rooted in the specific landscape and history of Kerala, are responsible for the universal appeal of his films. The ruptures and scars that result from personal histories clashing with historical forces are captured in these films, which turn them into meditations on the human condition. They are layered explorations of an artist pursuing the truth of his time in an open-ended manner with characters who may seem as outsiders to the social mainstream. At another level, they are also experiments in storytelling, wherein the filmmaker is constantly reinventing narrative forms by digging deep into the recess of his personal memory and transposing the excavated memory-images on the larger canvas of history.

Vipin Vijay, who has co-directed a three-hour documentary on Adoor, Bhoomiyil Chuvadurachu (Feet Upon the Ground; 1999), calls him a farmer filmmaker, someone very aware of the reality on the ground, who creates films out of his experiential world. Vijay is fascinated by Adoor’s quest for cinematic form and content drawn from the individual’s emotional planes. “How he tries to open these subjects is very interesting. For instance, in Vidheyan, he explores the mind of both the oppressor and the oppressed,” says Vijay. Each of Adoor’s films is a tapestry of history, his suffering and search for film truth, he adds. Questions of life and questions of form converge in his cinema, he says.

Karunakaran, short-fiction writer and critic, who has written perceptively on Adoor in Malayalam, argues that the state’s dominant Left imagination has hardly influenced the filmmaker. “He is very modern because you can’t find any trace of nostalgia in his films. The ideological orientation of his work can be traced to the spirit of the National Movement, which imagined a liberal, modern India,” says Karunakaran. Adoor problematises the nostalgia-tinged remembering of the past, of bygone revolutions, and offers reality takes that are non-conformist and brutal. For instance, Mukhamukham may have courted controversy because of its unsentimental portrayal of the idea of revolution and the revolutionary, while suggesting that all things, ideas, and memories, decay and we resist the process by inventing counter-images/imaginations.

Adoor has an austere work ethic that refuses to compromise truth. It is drawn from a Gandhian value system, which drives him to speak out against communalism and authoritarianism. The idea of the free individual is very dear to him; Mathilukal becomes a treatise on this idea. He seems to share Basheer’s own reflections on the idea of freedom — the freedom to live as per one’s choices, on one’s own terms. 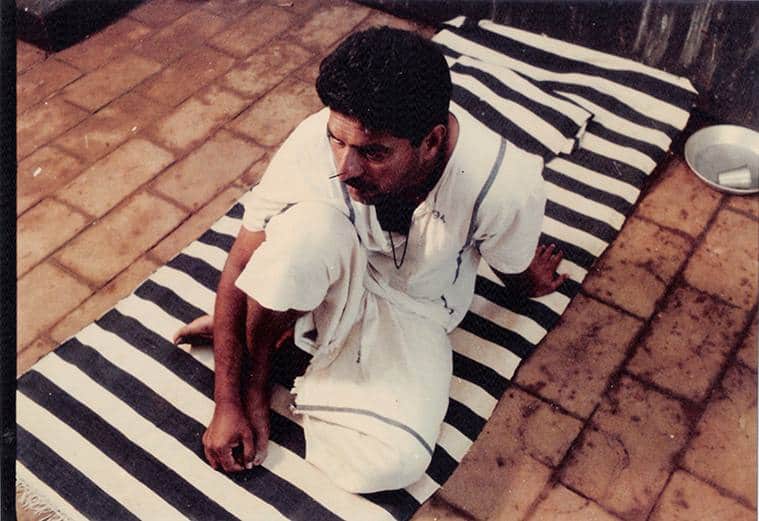 A still from Mathilukal featuring Mammooty.

Earlier this month, Thiruvananthapuram-based Adoor was in Delhi to speak at the inauguration of a retrospective of his films curated by writer VK Cherian to mark 50 years of Swayamvaram. He sounded worried about the shift happening in the way people were watching films. He has journeyed with change — as a filmmaker, he switched from black-and-white to colour, from analog to digital — but he is sceptical about the new trend of OTT platforms and film viewing on laptops.

“This will lead to the death of cinema. A film’s prerequisites include the darkened hall and the big screen. The viewer has a participatory role in the creative process. The environment created by sound, shadow and light adds a magical element to cinema; the magic takes it closer to dreams. On television, cellphone, or laptop, this magic is lost. I make a film to be seen in a frame of particular dimensions and with quality sound. There is a calculation in my mind. In the absence of these conditions, the viewer gets to watch a much-reduced product in a much adverse condition, where the viewer is unable to concentrate,” says Adoor.

He fears that the shift away from theatres will reduce the demand on a filmmaker to be meticulous. In the absence of theatres, the mystery of cinema will be gone, its meditative quality lost, he says. But as an afterthought, he adds, “My expectation is that people will demand more. Audiences will return to theatres.” After a pause, he talks about a dream that he saw the previous night, “I saw a film in my sleep. It was set in Japan. When I woke up, I felt I had seen a full film.”