A Grip on Sports: The most interesting news from the weekend? We’re not sure but we focus on the Seahawks, Cougars and the World Cup

A GRIP ON SPORTS • No Seahawks on a Sunday? That’s too bad. It’s also too bad the results from around the rest of the NFL didn’t help them in their playoff pursuit. Or is it?

• We’ve been banging this drum for a while now. So long, in fact, if our dad were still around he would throw open the office door and yell at us to keep it down, he’s trying to sleep.

But the only folks trying to sleep in Seattle these days are those who want to dream about the Hawks making an improbable Super Bowl run. Or something like that. That’s the only way winning a few more games could become worthwhile. Is going 2-1 the last three weeks, sneaking in the playoffs by virtue of a tiebreaker and then losing the first weekend worth the one or two or three spots it would cost the Hawks in the draft?

We come down on the “no” side of that question. Maybe you are part of the group of folks who say yes.

Fine. We can agree to disagree. But we’re right.

• Darn it Brett Rypien. Didn’t you root for the Seahawks when you were growing up on the North Side of Spokane? We’re guessing you were a Washington fan, sure, but even your uncle’s history with that once-fabled franchise shouldn’t have kept you from also following the regional team. After all, all your buddies must have had Shawn Alexander jerseys and such.

We did discover, however, Denver’s issues aren’t unsolvable. Hopefully, the Broncos won’t complete solve them until next season. The biggest one may just be what to do with Russell Wilson and his mega-contract. After all, he gets hurt, doesn’t play and Rypien, the former Shadle Park High star, leads host Denver to a 24-15 win over an Arizona Cardinal team playing with its third-string quarterback. Could it be Wilson just isn’t what he once was?

Most clear-thinking Seattle fans saw that a couple years ago. But thanks for the draft picks Denver. And good luck in 2023.

• We thought – and wrote Friday morning – the Cougars would upset Baylor in Waco on Sunday night. We were not that far from being right. 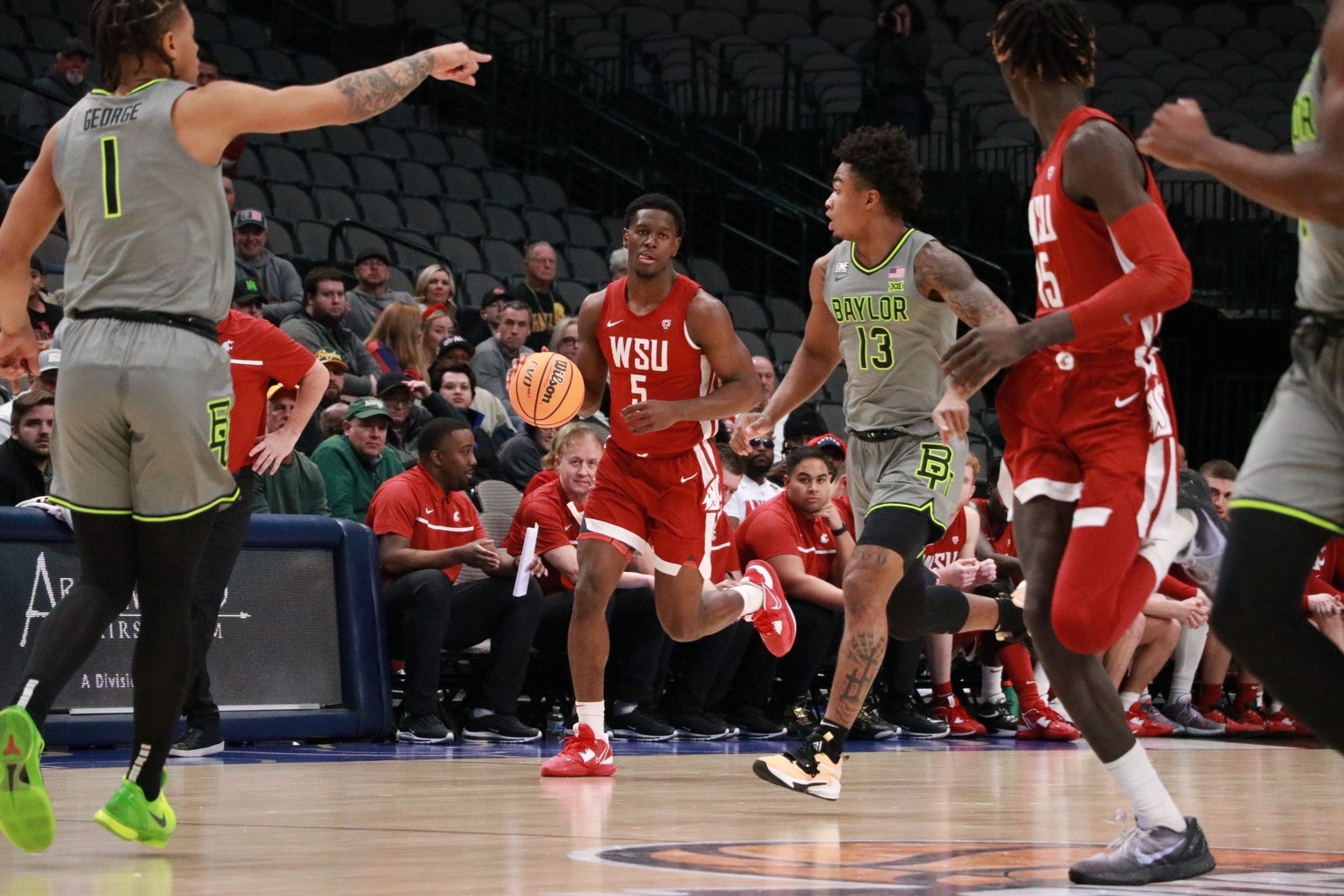 It wasn’t that we believe Washington State is an excellent team. The Cougars are flawed like most every team in college hoops. It’s just that they were getting healthy, the Bears aren’t the most focused team in the nation and we gave WSU a shooter’s chance to pull the big upset.

They came close, thanks in large part to the return of guard Jabe Mullins. The Saint Mary’s transfer led WSU with 16 points as the Cougars led off-and-on in the second half.

Baylor, ranked 11th, looked as if it would put Washington State away but Kyle Smith’s team rallied and pulled within four in the final minute with the ball.

Nothing came of the possession, however, and the hosts held on.

• The best sporting event on TV yesterday? Nope, not Stanford’s women rallying past visiting Tennessee. Nor the Kraken defeating Winnipeg for the first time and doing it in an unlikely manner. Nor was it the Cowboys grabbing defeat out of thin air, though that’s always fun to watch. 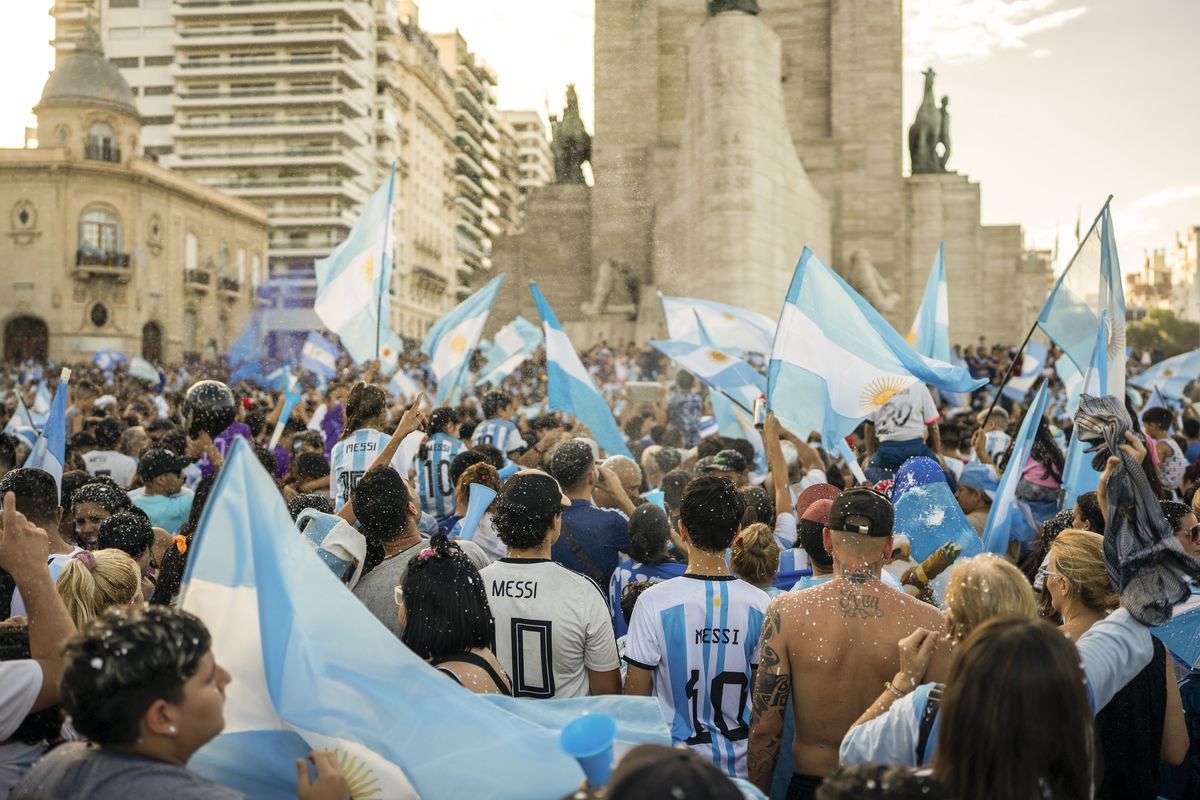 There is just something so uplifting about a competition between nations in this nationalistic world we live in. Maybe it’s not the best soccer on the planet, but the emotions run so deep, it just means more (even than SEC football). Lionel Messi was a wreck afterward. So were all 45.8 million of his countrymen.

A silly game can do that to you. Especially when it is mixed with ungodly amounts of Fernet-Branca, as we sure it was, even though the game was played in the morning hours on this side of the world.

Good for Argentina. Good for soccer. 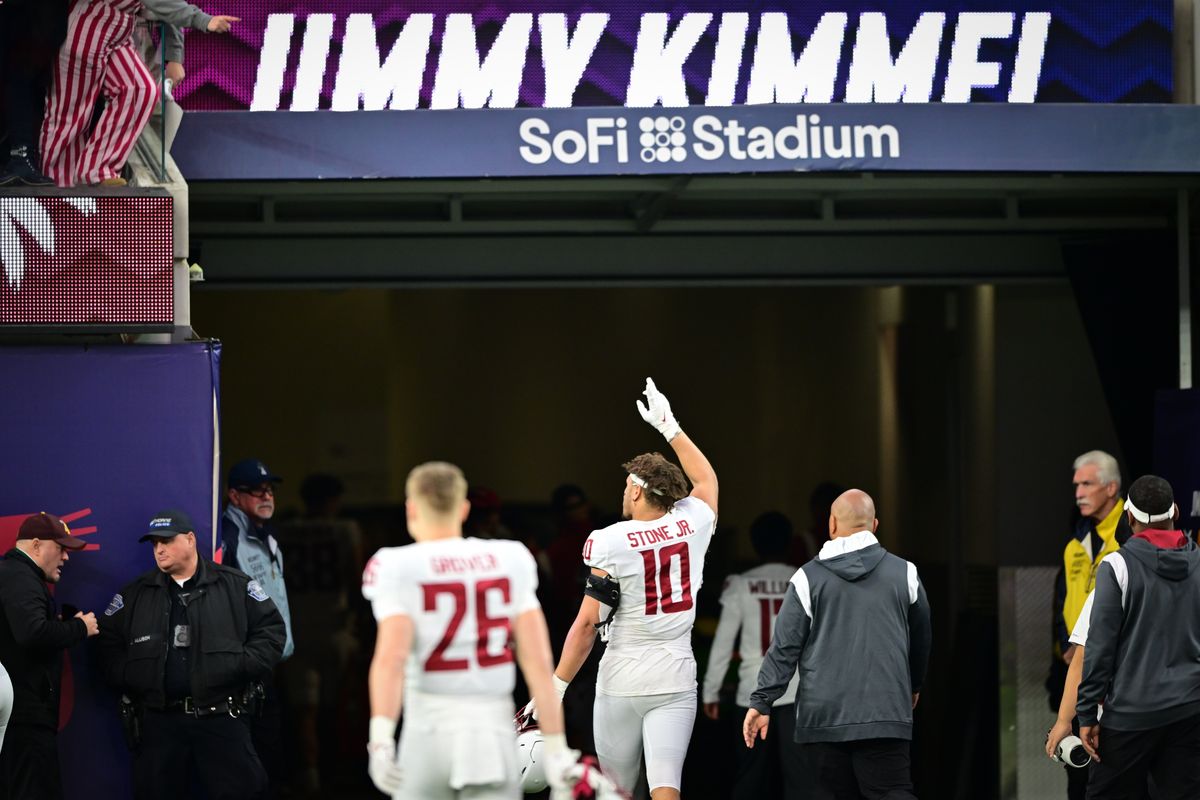 WSU: Of course, there is a story about the loss to Baylor in the S-R. We linked it above and here as well. … Colton Clark was busy yesterday looking back at the L.A. Bowl loss and looking forward to what’s ahead for Jake Dickert and the Cougars. It’s a lot. … Elsewhere in the Pac-12 and college football, Jon Wilner looked back at the conference’s weekend in the Mercury News. … For all the good publicity Colorado has earned by hiring Deion Sanders, there are a couple stories that make you shake your head. … The Northwest must be a special place. After all, a bunch of players have announced they are staying at Washington and Oregon received good news about Bo Nix yesterday as well. … The Ducks did lose a linebacker to Arizona though. … Utah is losing some players for the Rose Bowl. … In basketball news, Oregon State got back to .500 with a win over Green Bay. … Tad Boyle is tied for the most wins by a Colorado coach after yesterday’s victory over Northern Colorado, the place that gave him his first big chance. … UCLA’s win over Kentucky was impressive. … USC picked up an impressive win as well, defeating visiting Auburn on Sunday. … Arizona State has won nine consecutive games and Bobby Hurley thinks it deserves to be ranked. … No one is going to rank Stanford, who lost again. Or California, which has not won all season. … Arizona is not the same team it was. 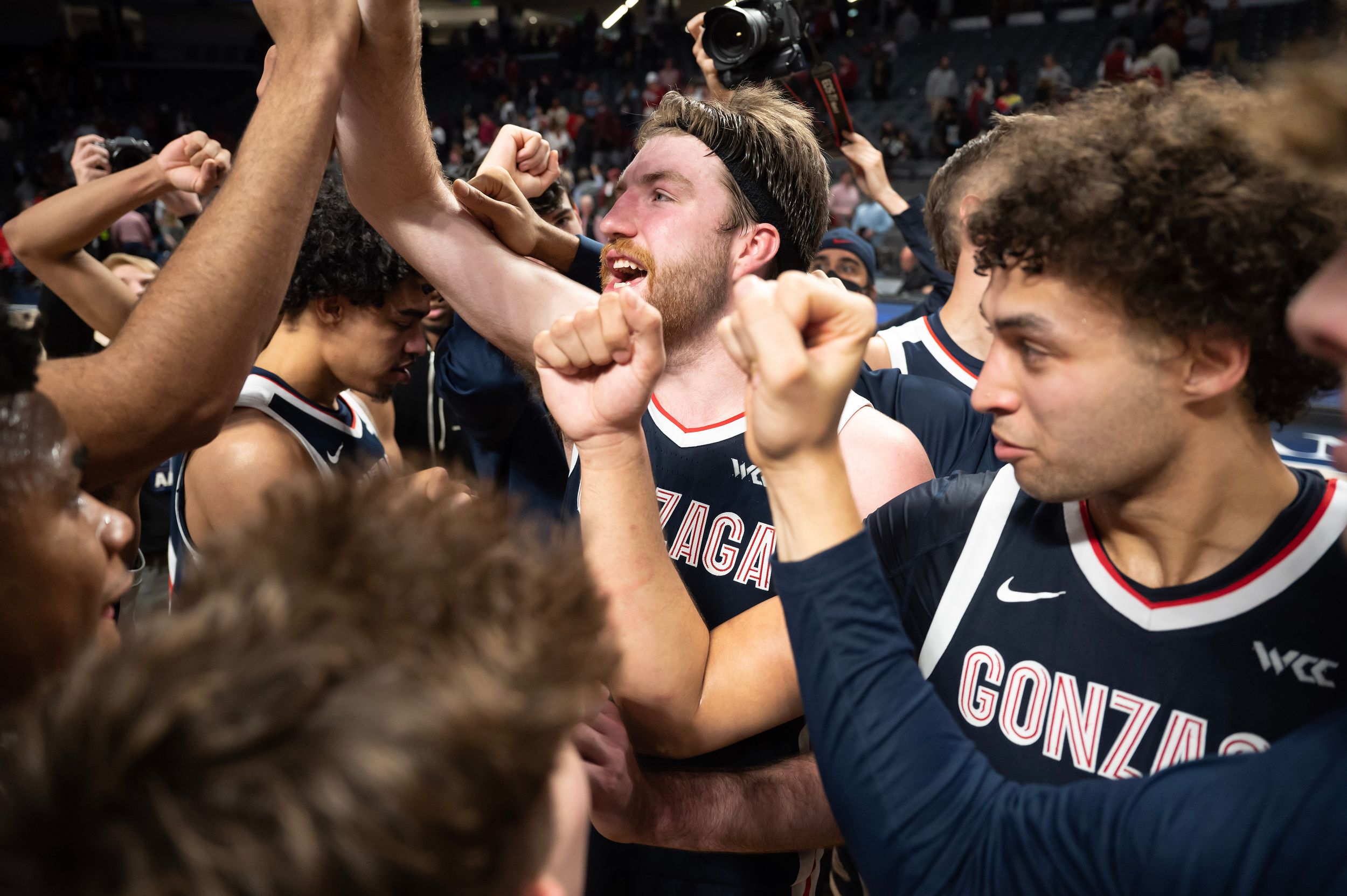 Gonzaga: Alabama took some things away from the Bulldogs’ offense Saturday. Which opened other areas. The Zags took advantage. Theo Lawson has more in this rewind of the win on the road. … The women host San Diego tonight in the Kennel, looking to start conference play 2-0. Jim Allen has a preview. … Elsewhere in the WCC, the Zags jumped big-time in one person’s A.P. poll. … Santa Clara defeated visiting Cal, though that’s not a big deal this season. … Saint Mary’s turned the ball over too much and lost to visiting Colorado State. … San Diego lost at ASU.

EWU and Idaho: Around the Big Sky Conference, as we mentioned above, Northern Colorado lost at Colorado.

Preps: We mentioned Rypien leading the Broncos in Wilson’s absence above. That news leads off the S-R’s weekly look at local players in the NFL.

Kraken: Seattle’s defense held its own until the offense could get going in a home win last night.

World Cup: We talked about Argentina’s win above. How about Qatar’s?

• Hello Monday. We missed you. This is the last one many folks will have to work this year, what with Christmas falling on a Sunday. It’s also a day we have to pay the end-of-the-month bills. Love that chore. Not. Until later …

Premarket stocks: Wall Street is ignoring the Fed. That could be dangerous

FDA Says No to Regulating CBD Products as Supplements