This weekend, millions of Americans with roots in China, Vietnam, South Korea and other Asian countries will ring in the Lunar New Year. Many who follow the Chinese zodiac calendar will usher in the Year of the Rabbit, symbolizing hope and good fortune.

Here’s what else you need to know to Get Up to Speed and On with Your Day.

(You can get “5 Things You Need to Know Today” delivered to your inbox daily. Sign up here.)

A large swath of the Northeast US is gearing up for several days of heavy snow, freezing rain – or a mix of both – that could create treacherous road conditions. About 7 million people in the storm’s path were under winter weather alerts early this morning as the first round of snow began in Vermont, New Hampshire, Massachusetts and Maine. The forecast has prompted some officials to urge residents to prepare for the storm and be ready for potentially hectic commutes. Weather warnings in the region show some cities could pick up between six and nine inches of snow. This comes after the storm already proved hazardous in parts of the Midwest, where dozens of car crashes were reported in Minnesota earlier this week.

President Joe Biden on Thursday made his first public remarks since batches of classified documents from his time as vice president were found at his private Washington, DC, office and Wilmington, Delaware, home. “I think you’re gonna find there’s nothing there. I have no regrets,” Biden said about not revealing earlier that the documents had been discovered. Special counsel Robert Hur is investigating how the president and his team handled the Obama-era classified documents that were recently found in his private possession. The first documents were found on November 2, days before the midterm elections, but not publicly revealed until last week when CBS first reported their existence. The White House has pledged full cooperation with the investigation but is largely downplaying the political effects of the probe.

The new 988 national mental health crisis line has seen a significant rise in call volume since its transition six months ago from the former 1-800-273-TALK number. More than two million calls, texts and chats to 988 have been routed to a response center, according to a CNN analysis, with the majority being answered in less than a minute. The new three-digit number is intended to be easy to remember, similar to how people can dial 911 for medical emergencies. “People are getting help more quickly,” said Hannah Wesolowski, the chief advocacy officer for the National Alliance on Mental Illness. The 988 lifeline is just one tool in the ongoing effort to improve our nation’s mental health for those who are feeling that they’re approaching a crisis situation or are in crisis, she added.

The Biden administration on Thursday unveiled a new program to allow private citizen groups to sponsor refugees from around the world. Under the program, groups of at least five individuals can apply to sponsor refugees to live in the US and help them acclimate to life in the country with the help of a consortium of non-profit resettlement organizations. The program, called the Welcome Corps, was billed by Secretary of State Antony Blinken as “the boldest innovation in refugee resettlement in four decades.” The sponsor groups must raise a minimum of $2,275 per refugee, and those funds will provide initial support for expenses like apartment security deposits, clothing and furniture. All refugees being supported through the program will be cleared through the same extensive security vetting required for all refugees admitted to the US, a senior State Department official said.

Actor Alec Baldwin, who fatally shot a cinematographer on the set of the movie “Rust” in 2021, and the film’s armorer, Hannah Gutierrez Reed, will each be charged with two counts of involuntary manslaughter, prosecutors said Thursday. The family of Halyna Hutchins, who was the film’s director of photography, thanked prosecutors for their decision. “It is a comfort to the family that, in New Mexico, no one is above the law,” the family said in a statement. Baldwin has maintained he was not aware the gun he used during a rehearsal contained a live round and has said he did not pull the trigger.

Google’s parent company Alphabet says it is eliminating about 12,000 jobs, or 6% of its workforce, in the latest cuts to shake the technology sector.

Uber wants its future to have face-to-face seats

The ride-hailing company wants to add three-wheeled vehicles to its fleet.

The eight-time Olympic gold medalist said he will consider legal action if the missing funds from the account are not recovered.

Ranked third in the world, tennis player Jessica Pegula hails from a sporting dynasty of a different kind. Her parents co-own the NFL’s Buffalo Bills and the NHL’s Buffalo Sabres.

Instagram rolls out ‘quiet mode’ for when users want to focus

The new feature applies to all users, but it appears to be geared toward younger adults to help them improve focus and set boundaries with followers.

CNN has launched a free seven-part guide to help you live your best life. The Adulthood, But Better newsletter series is written by A.J. Willingham, who many of you know as the former writer of 5 Things. This helpful series has hints for paying off student loans, negotiating your salary, how to make friends as an adult, building healthy habits, and much more. Sign up here.

Temperatures in the world’s coldest city plunged to -80 degrees Fahrenheit this week. Which city holds the title of the coldest?

Legendary singer David Crosby, a folk rock pioneer and one of the founding members of The Byrds and Crosby, Stills, Nash & Young, has died, his family announced Thursday. He was 81. Crosby was inducted into the Rock and Roll Hall of Fame with the Byrds in 1991 and again with Crosby, Stills & Nash in 1997. Among several hits, The Byrds released the 1965 song “Turn! Turn! Turn!” which was made popular again in the mid-’90s thanks to the 1994 feature film “Forrest Gump.”

That’s how many T-Mobile customers were hacked in a November data breach, according to a regulatory filing Thursday. The wireless carrier said a hacker stole customer data that included names, billing addresses, emails, phone numbers and dates of birth. No social security numbers, credit card information, passwords, or other financial information were exposed in the hack, the company said.

“Florida is doing its best to tilt the scales and shut down important, much-needed discussions of race, slavery, stolen lands and undeniable history that have led to where we are as a society today.”

– Florida state Sen. Shevrin Jones, after the administration of Republican Gov. Ron DeSantis said it would block a new Advanced Placement course for high school students on African American studies. The Florida Department of Education’s Office of Articulation said the course is “inexplicably contrary to Florida law and significantly lacks educational value,” but did not elaborate on what the agency found objectionable in the course content. Jones, a Democrat who is Black, also noted that Florida offers other cultural AP courses, including AP European History, AP Japanese Language & Culture, and AP German Language & Culture, among others. 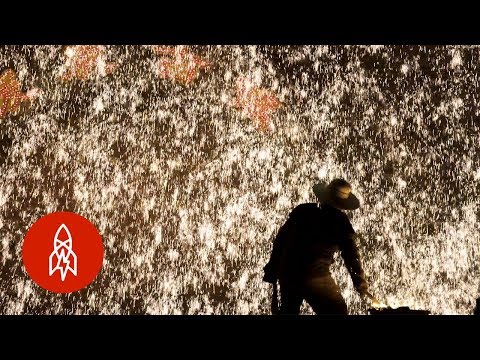 Lunar New Year festivities are right around the corner – including dazzling firework shows. Watch this short video to see a stunning form of fireworks that originated in the Nuanquan village of China. (Click here to view)

Do we live in a rotating universe? If we did, we could travel back in time

Scientists Try to Get Serious about Studying UFOs. Good Luck with That